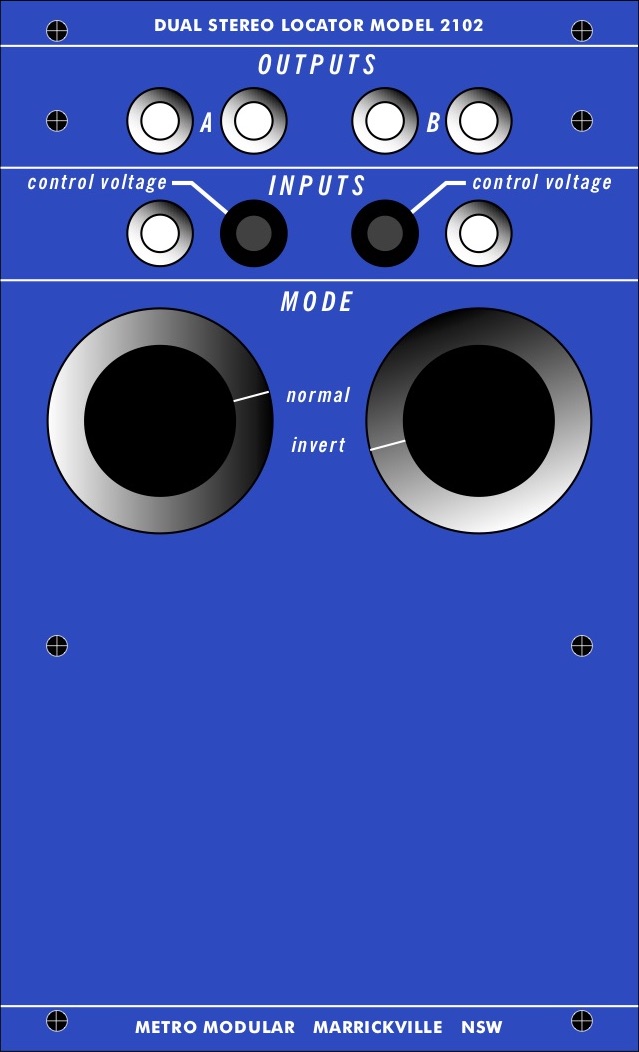 The "Warriewood" Model 2102 Panner is our first entry in the "Postcode series": reissues and reimaginings of classic circuits, with an aim to make them more accessible. This is inspired by a panner circuit from the late 1960s that is now extremely, extremely rare (as in less than ten originals known to exist!), but is in fact a simple circuit that is a fun DIY build.

It is an ingenious circuit that uses JFETs as VCAs, which is a circuit technique common in guitar pedals but pretty much unknown in the synth world, with the exception of the Gristleizer.
It does not give constant power panning, and it distorts when overloaded or near cutoff, but it is very musical. Because each channel is individually controllable, it has the bonus feature of working as voltage-controlled 2-input, 1 output mixer should that be desired.

This unit has an onboard +24V regulator to generate the authentic onboard voltages (this can be left out of DIY builds where it will be used with systems having a +24V supply). It has a c.v. scaler circuit for each channel to scale modern +10V function generators to the +15V required for proper operation-DIYers using the module in a 100-series or "black-knob-era" 200 system can easily bypass this. And to make it even easier for DIYers, there is a FET testing circuit built into the PCB to allow selection of JFETS, and enough space for either Mill-max or Winslow Adaptics transistor sockets

+12V: TBC, only required when generating +24V onboard.

+24V: Can be used in DIY builds if present in your system.

User manual on its way!